Julie Millowick lives in the small Central Victorian community of Fryerstown, which, during the 1850’s, was the epicentre of the Victorian gold rush.

The scars of that incredible assault upon the environment still dominate it. Fryerstown and surrounds will never recover from the sluicing, excavating and general impact of the 10,000 people who flocked there from all over the world. The paddock surrounding Millowick’s house contains 15 mine-shafts and two considerable mullock heaps; these are some of the remnants from the world’s richest alluvial gold discovery. They are the most obvious – and in some instances – the most dangerous traces from that era.

The more subtle and benign traces are botanical, and it is these more fragile aspects of the gold rush that Millowick addresses in her work.

For 10 months of the year Millowick drives through a landscape that is primarily comprised of open paddocks with a scattering of stunted trees. When spring arrives, these paddocks yield jonquils, snowdrops, Peruvian lilies, oxalis, briar rose, periwinkle and the blossom of hawthorn, quince, apple and plum trees. For the most part these plants survive for 6-8 weeks, before disappearing.

Their fleeting beauty is a definite and poignant reminder of the people who lived there during the second half of the 1800’s – particularly the women, who, as the record tells us, desperately tried to introduce a consoling ‘little bit of home, a little piece of England’ into the hostile and wretched environment they endured.

Botanical traces of memory are widespread. They appear – and disappear – right across the Central Victorian landscape, and it is impossible to live in that environment and not be confronted, curious, or moved by, the attempts of our maternal forbears to civilise and feminise the environment. Occasionally though, this engendered disastrous results – as in the case of the blackberry bush, introduced by a well meaning woman as a source of roadside nourishment for travellers. Like the blackberry, the impact of gorse, cape broom, Patterson’s curse and cacti has been rampant and destructive.

In this exhibition Millowick photographs the botanical specimens that remain on these sites then digitally reconstructs a landscape dominated by that particular plant. Above this recomposed landscape is a photogram of the actual botanical sample being documented.

“But pioneer women persisted in cultivating familiar plants, in part because they were remedies against that most disheartening of ills of the new world, homesickness”.

“…the “strangers in a strange land” vallued any connection with the happier aspects of the world they has known.” 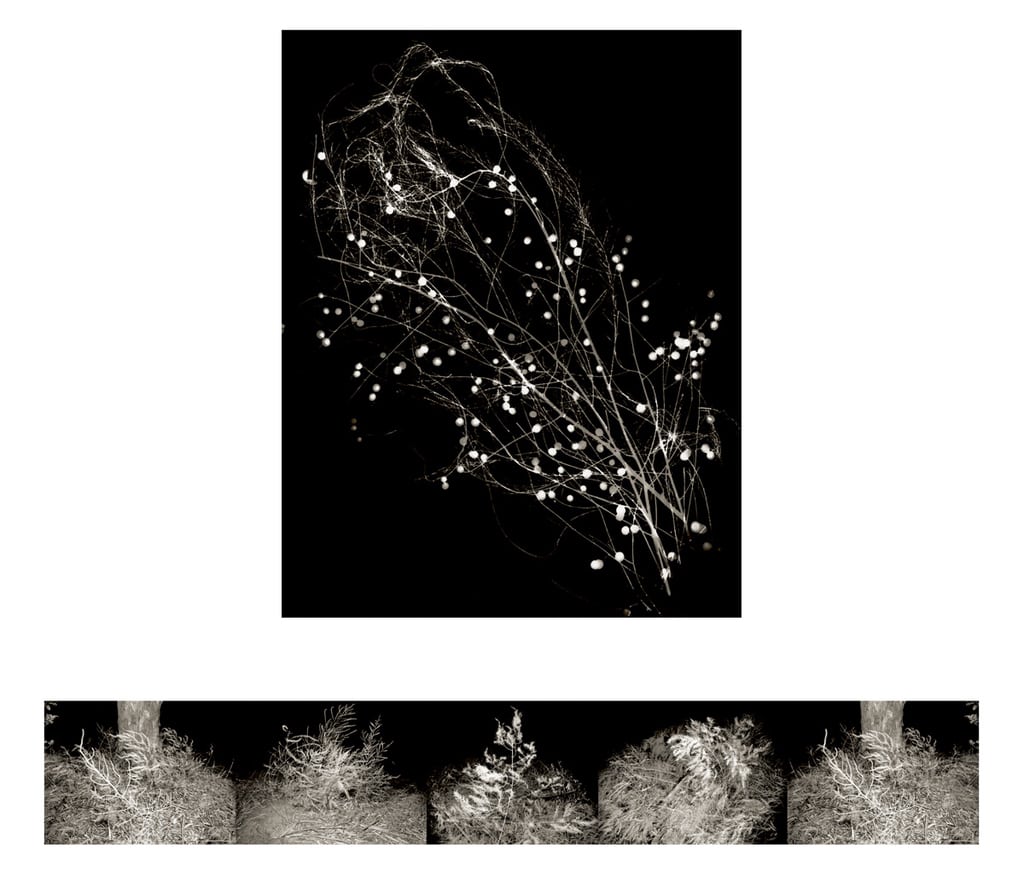 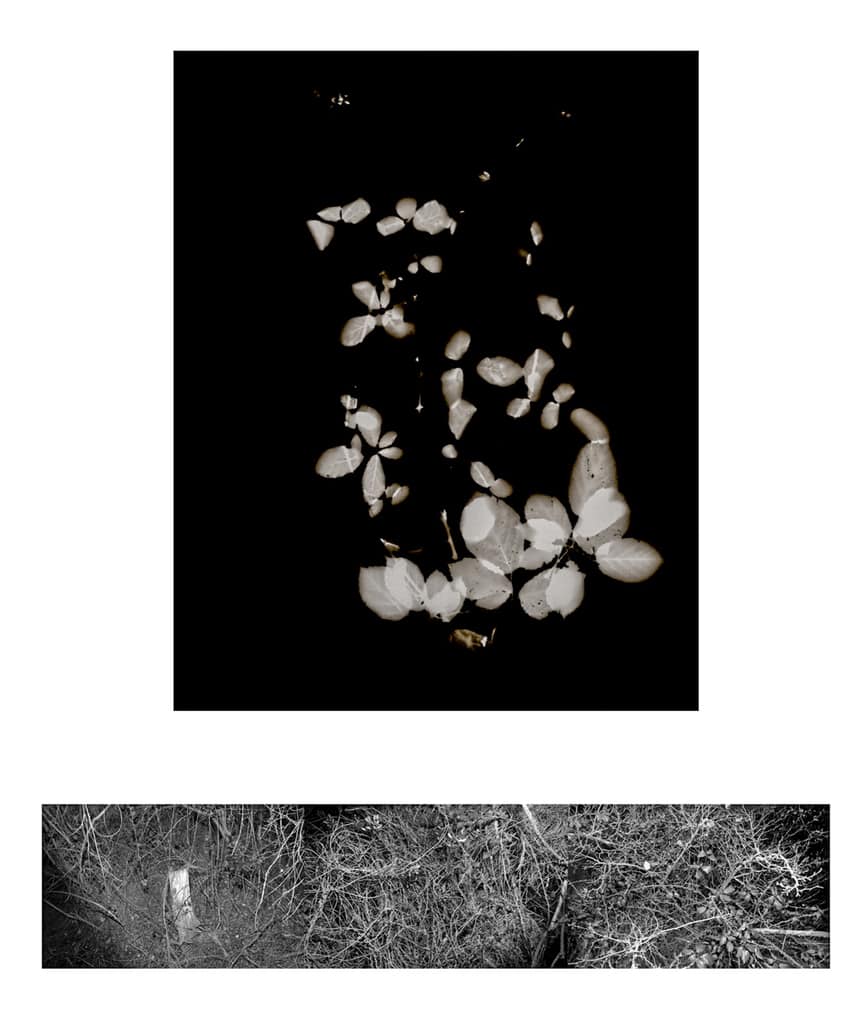 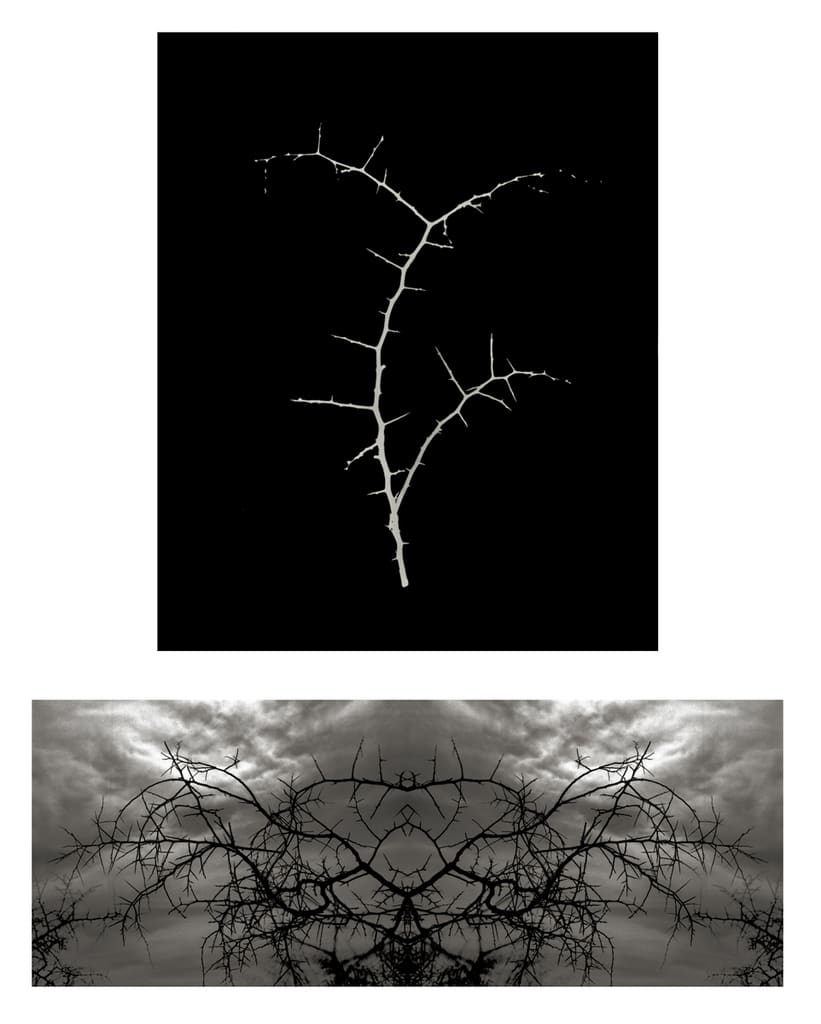 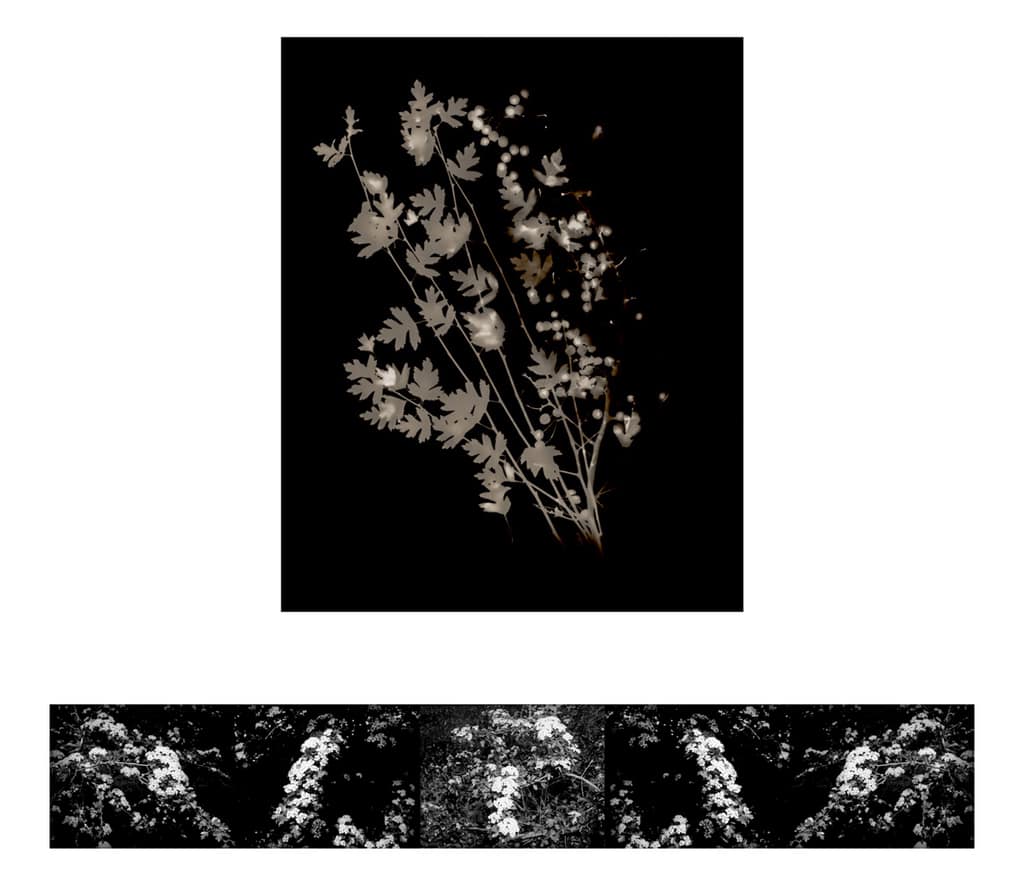 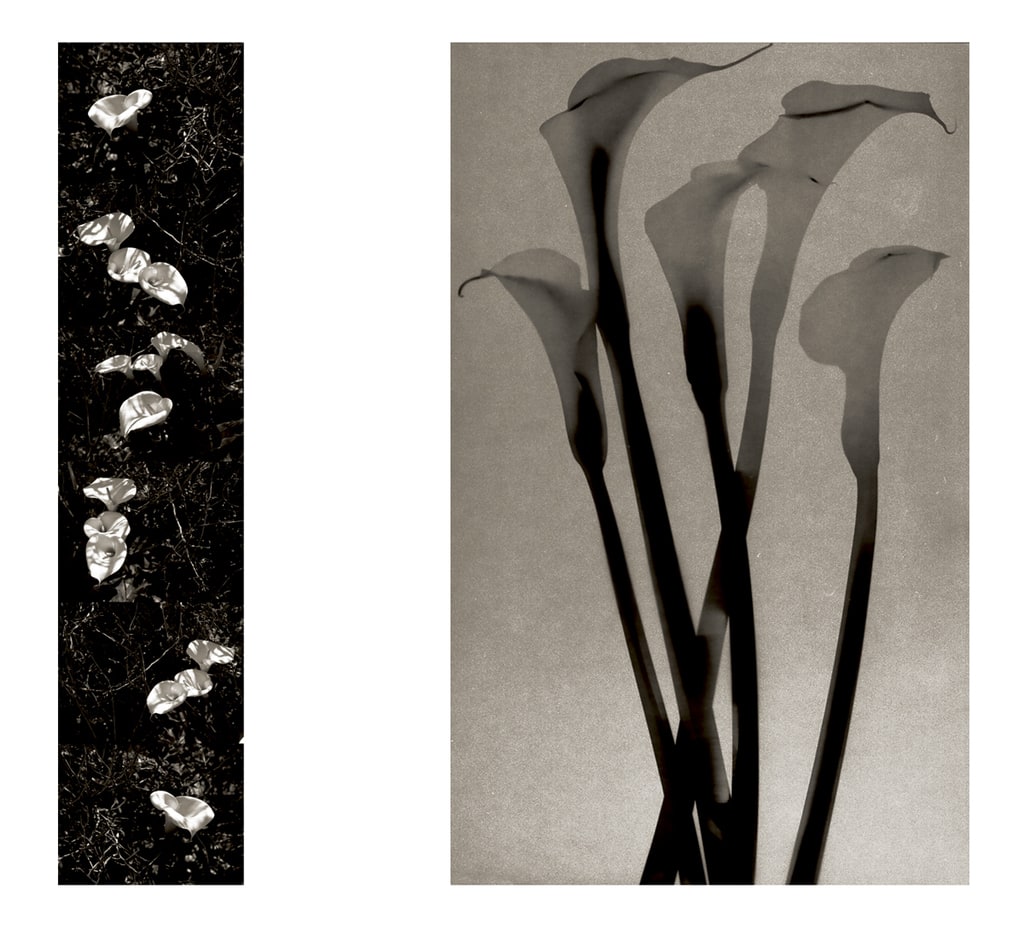 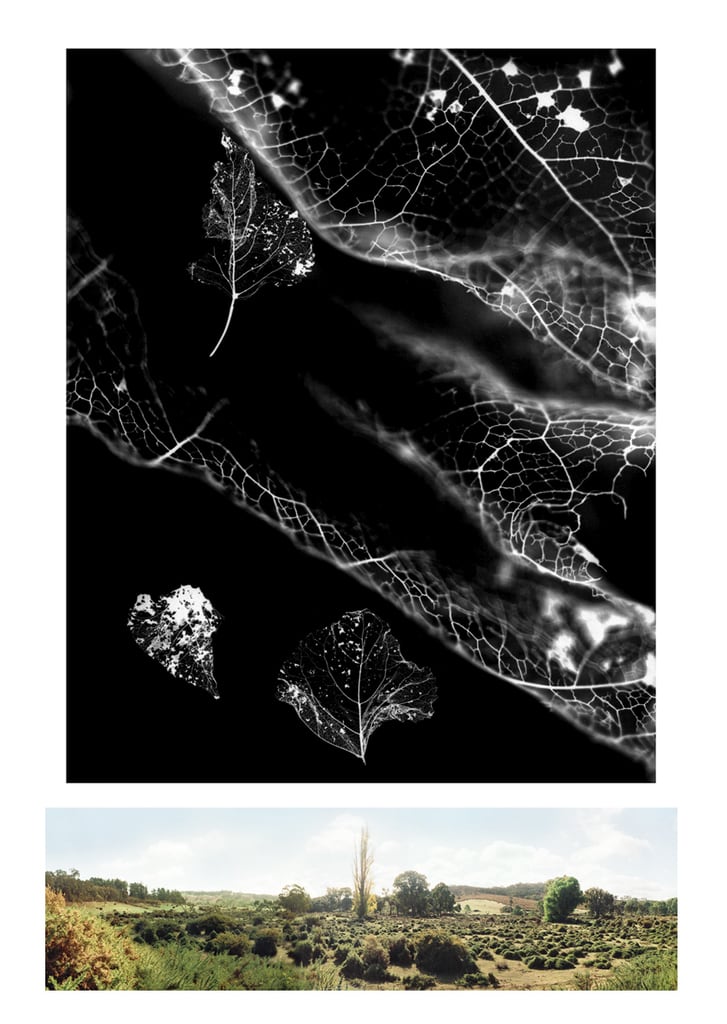 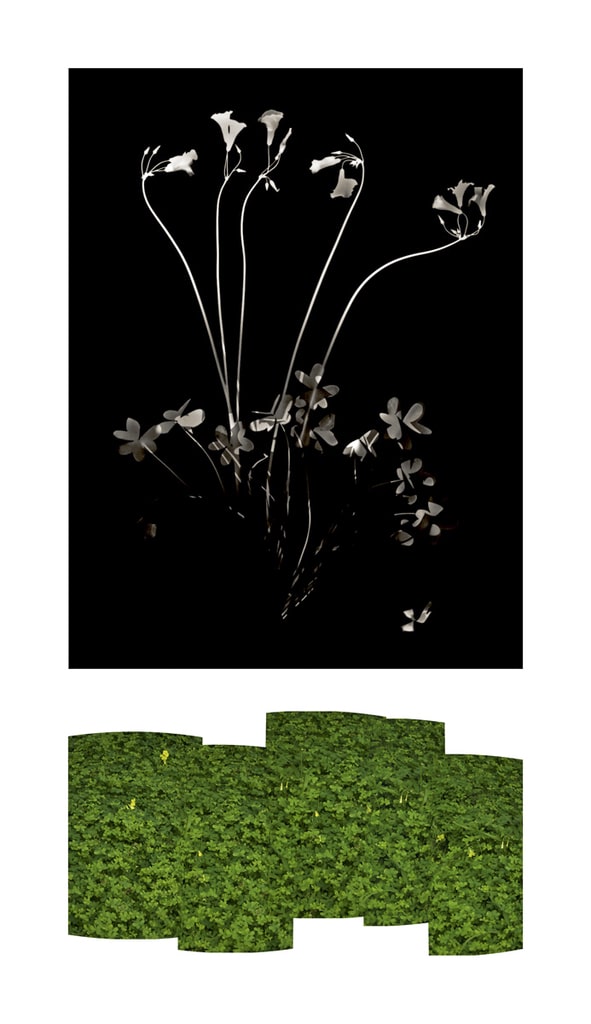 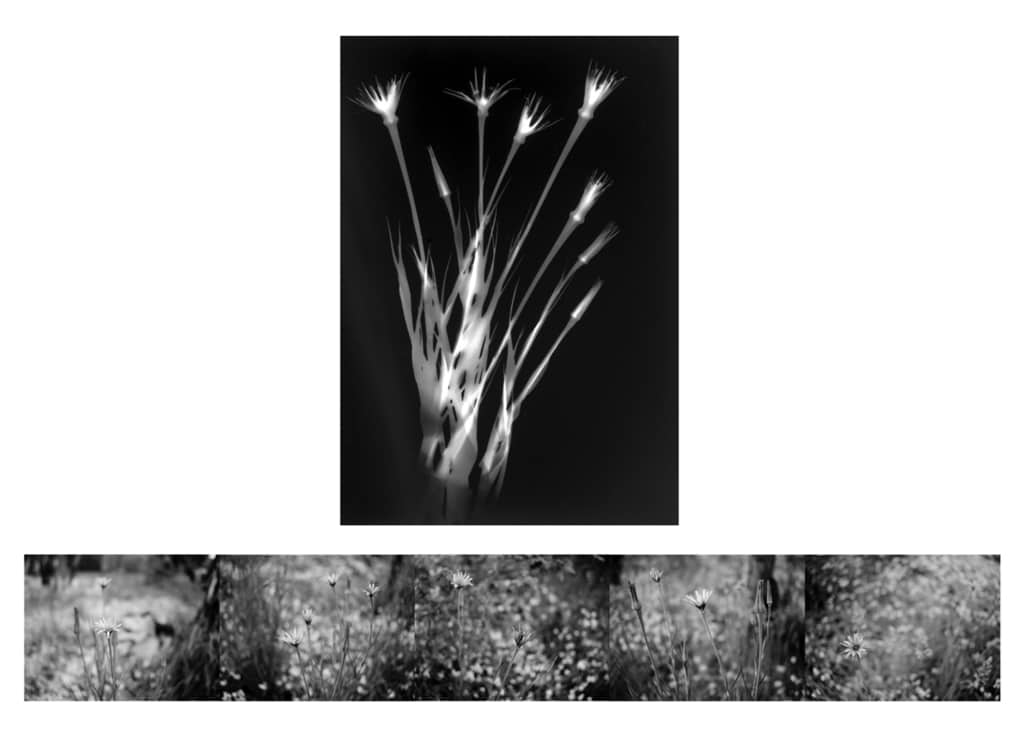 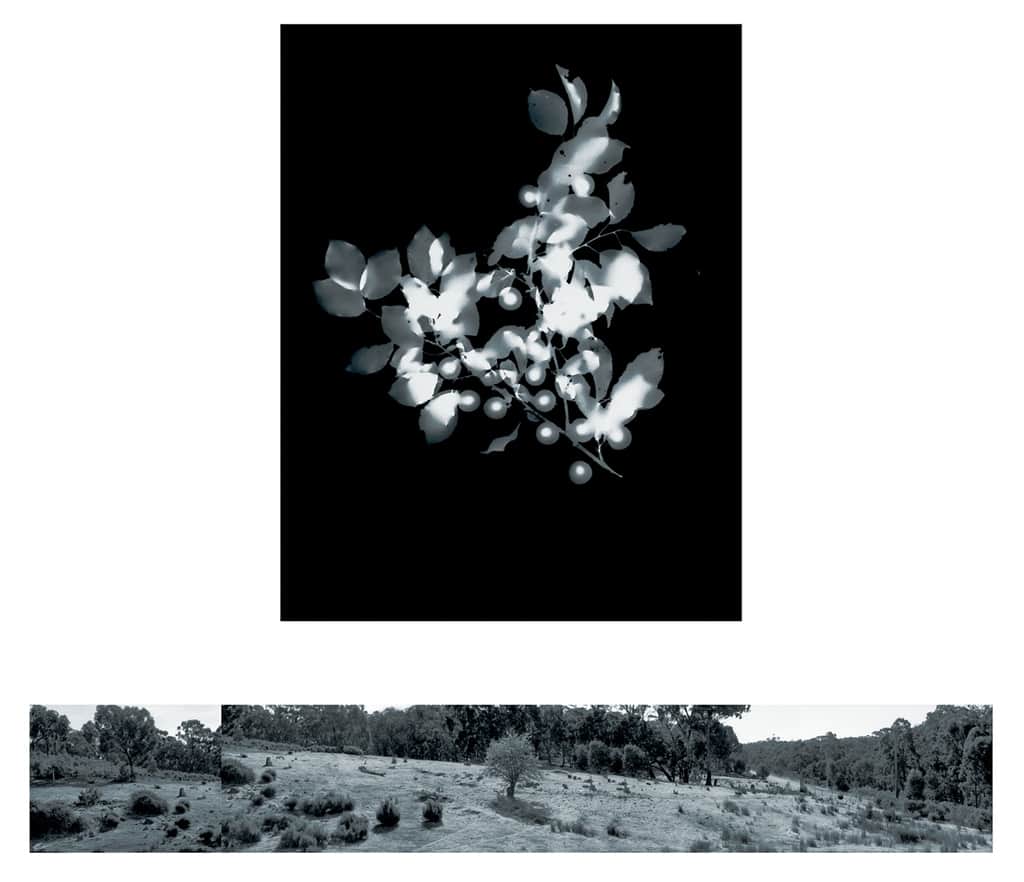 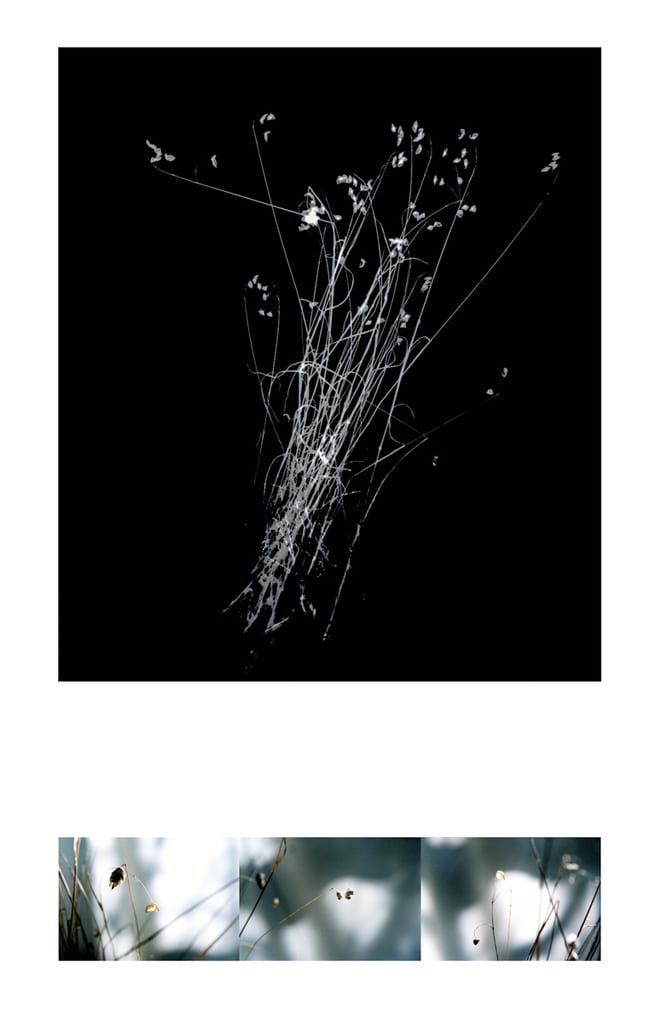 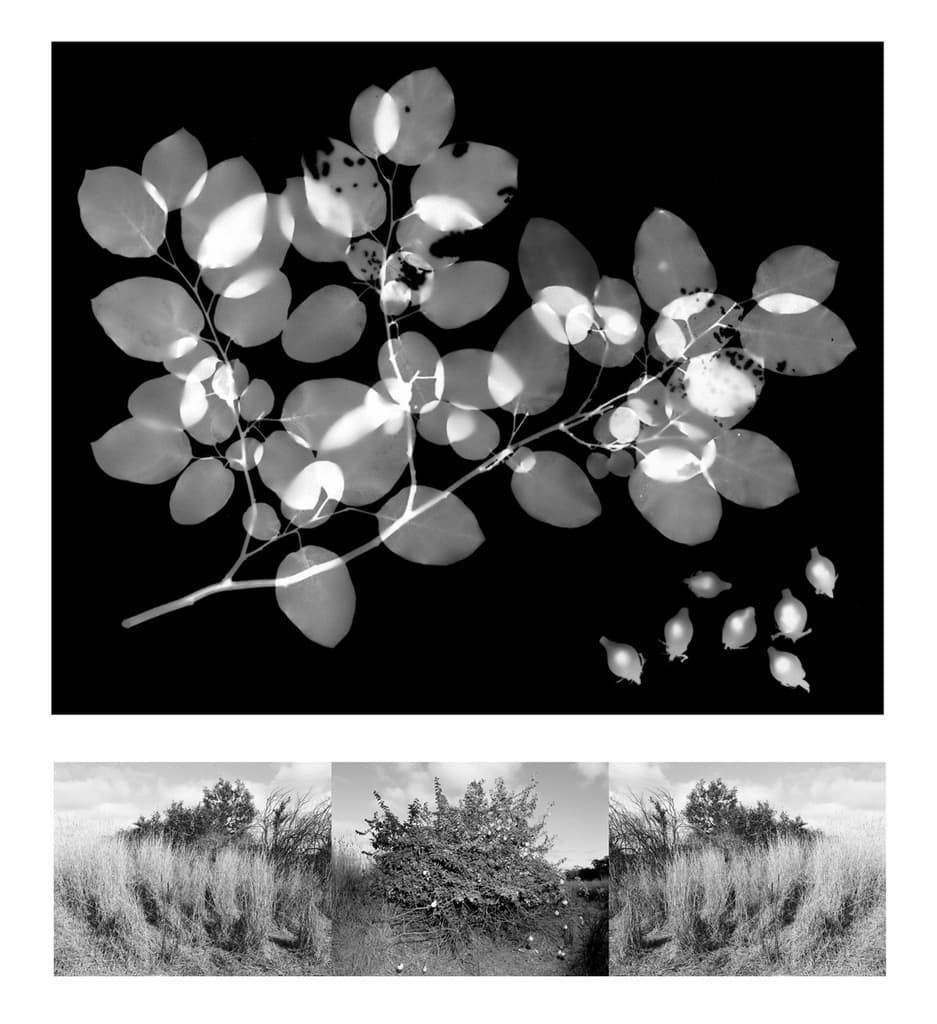 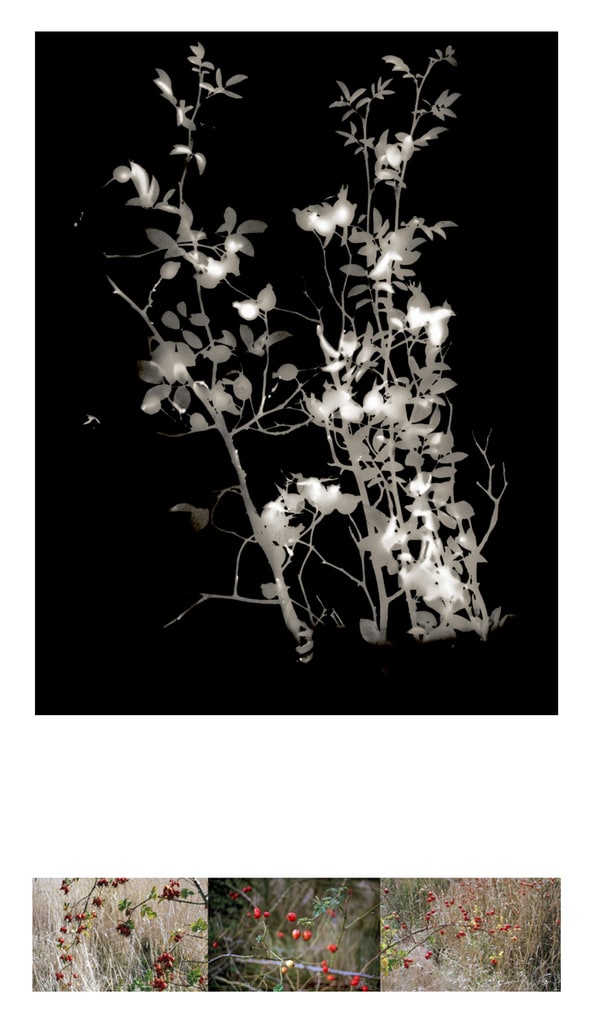 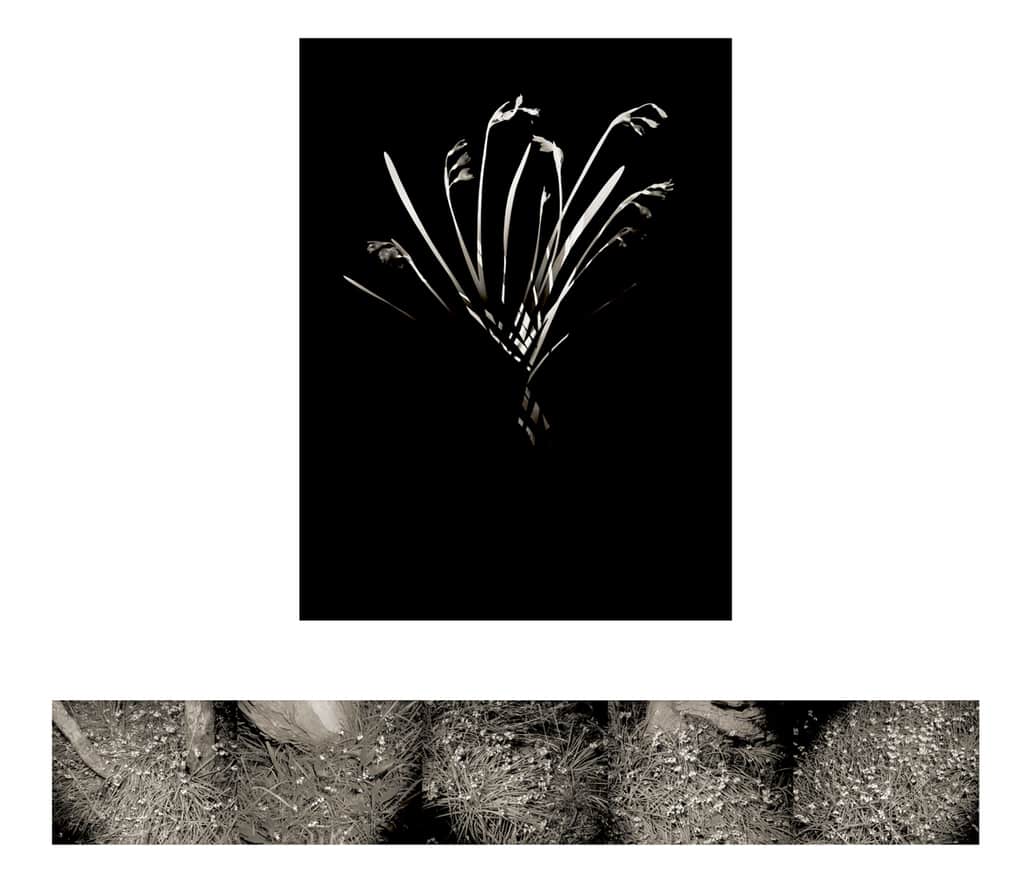